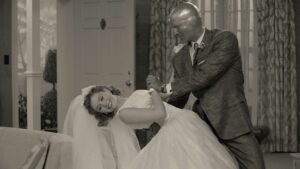 Every week, MobileSyrup goes over some of the most notable movies and TV shows that recently hit Canadian streaming platforms. Our ‘Streaming in Canada’ column typically focuses on new content from Amazon Prime Video Canada, Crave and Netflix Canada, but other services like Apple TV+ and Disney+ will be mentioned when relevant. We’ll also highlight...

Every week, MobileSyrup goes over some of the most notable movies and TV shows that recently hit Canadian streaming platforms.

Our ‘Streaming in Canada’ column typically focuses on new content from Amazon Prime Video Canada, Crave and Netflix Canada, but other services like Apple TV+ and Disney+ will be mentioned when relevant.

We’ll also highlight shows or movies that are made in Canada, involve notable Canadian cast or crew and/or are filmed in Canada.

Finally, with the COVID-19 pandemic causing many movies to hit digital platforms much sooner than planned, we’ll make note of any major films — as well as any other notable streaming service news — that fall into this category when applicable.

The secrets of the New and Old Gods thwart Shadow’s efforts to break away from Mr. Wednesday and the looming war.

American Gods was developed by Bryan Fuller (Hannibal) and Michael Green (Logan) from Neil Gaiman’s 2001 fantasy novel of the same name and features an ensemble cast that includes Ricky Whittle (The 100), Ian McShane (Deadwood), Emily Browning (The Affair) and Yetide Badaki (This is Us).

One Night in Miami [Amazon Original]

Based on the eponymous play by Kemp Powers (Soul), One Night in Miami is a fictionalized account of a real night in 1964 when boxer Cassius Clay (before he adopted the name Muhammad Ali) met with human rights activist Malcolm X, singer-songwriter and record producer Sam Cooke and NFL star Jim Brown.

Stream One Night in Miami here.

Amazon Prime Video is included at no additional cost in a $79 CAD/year Amazon Prime subscription.

A full list of movies and shows hitting Amazon Prime Video Canada this month can be found here.

In the second season of Apple’s horror series, nanny Leanne’s true nature is revealed while a darker future lies ahead for all.

During the COVID-19 lockdown, a struggling couple is brought closer together by a plan to rob a jewelry store.

Locked Down is the latest HBO Max original to come to Crave as part of Bell’s exclusive streaming agreement with Warner Media.

Los Espookys was created by Julio Torres (Saturday Night Live), Ana Fabrega (The Special Without Brett Davis) and Fred Armisen (Portlandia), who star alongside Cassandra Ciangherotti (The Hours with You) and Bernardo Velasco (The Untamed).

Twelve drag queens compete to be crowned the UK’s Next Drag Race Superstar.

A standard Crave subscription is priced at $9.99/month, with Starz costing another $5.99/month and HBO an additional $9.99/month.

A full list of movies and shows hitting Crave this month can be found here.

After the events of Avengers: Endgame, Wanda (Elizabeth Olsen) carries out an idyllic life with Vision (Paul Bettany), only to discover that things aren’t quite what they seem.

Notably, WandaVision is Marvel Studios’ first original series for Disney+. The series was originally set to release in 2020 after The Falcon and the Winter Soldier, but COVID-19 related production delays resulted in WandaVision coming first, with the Captain America series now set to drop on March 19th.

Montreal-born Christophe Beck (the Ant-Man series) is the composer of WandaVision.

Carmen and friends’ latest efforts to stop the villainous V.I.L.E. organization take them to China, The Himalayas, Vienna and more.

Based on educational mystery games of the same name, Carmen Sandiego features the voices of Gina Rodriguez (Jane the Virgin) and Vancouver’s own Finn Wolfhard (Stranger Things).

It’s worth noting that the series is co-produced by Vancouver-based WildBrain.

Bean is challenged with becoming a better princess amid King Zøg’s increasing instability, concerns about who will rule Dreamland and royal plots.

Disenchantment was created by Matt Groening (The Simpsons) and features the voices of Abbi Jacobson (Broad City), Eric Andre (The Eric Andre Show) and Nat Faxon (The Descendants).

Part 3’s episodes consist of the first half of the show’s second season — the remaining 10 episodes do not yet have a release date.

Nightstalker: The Hunt for a Serial Killer [Netflix Original]

This docuseries examines two detectives’ efforts to track down serial killer Richard Ramirez during the mid-’80s.

Note: Nightstalker features graphic imagery related to Ramirez’s crimes that some viewers are arguing was excessive, so keep that in mind if you’re considering watching the series.

Stream Nightstalker: The Hunt for a Serial Killer here.

Outside the Wire [Netflix Original]

An android officer teams up with a drone pilot to prevent a global catastrophe.

Outside the Wire was directed by Mikael Håfström (Evil) and stars Anthony Mackie (Captain America series), Damson Idris (Snowfall), Emily Beecham (Into the Badlands) and Michael Kelly (House of Cards).

Stream Outside the Wire here.

A full list of movies and shows hitting Disney+ Canada this month can be found here.

News of the World

A Civil War veteran must return a young kidnapped girl to her surviving family.

Based on American-Canadian author Paulette Jiles’ novel of the same name, News of the World was co-written and directed by Paul Greengrass (Captain Phillips) and stars Tom Hanks (Saving Private Ryan) and Helena Zengel (System Crasher).

Notably, Jiles spent many years living in Canada working for the CBC and helped set up native language radio stations in Ontario and Quebec.

One of the most acclaimed movies of 2020 is finally available on PVOD, following COVID-19 related reshuffling.

The timely film follows a woman who seeks vengeance for her friend who was a victim of rape.

Promising Young Woman can be rented on iTunes and Google Play for $24.99 and the Cineplex Store for $26.99.

All in all, it’s a pretty big week! With that in mind, what are you planning on streaming? Let us know in the comments. 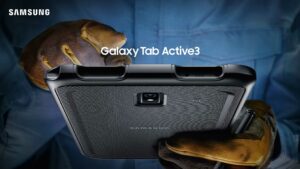 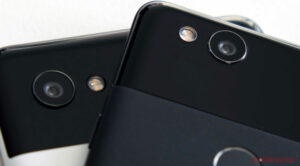 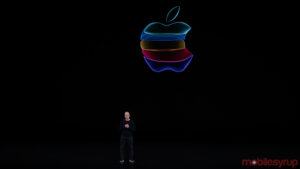 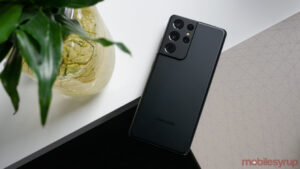 What are your thoughts on Samsung’s new Galaxy S21 series 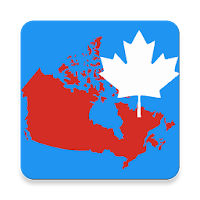